Jun 30 Comments Off on Sleep Apnea May Cause Drowsy Driving

Sleep Apnea could be the cause of drowsy driving leading to car accidents. Sleep apnea is treatable and getting treatment could save your life.

The Boulder Camera reported on a severe multi car accident last week along the diagonal. Some of our  staff was delayed in getting to work because of it and thankfully no one was killed in the accident. The cause was reported to be one driver fell asleep and ran through a stop, triggering the multi-car accident. I don’t know if the driver has sleep apnea or was tired from another cause but I do know that sleep apnea, a significant factor in daytime drowsiness, can be treated successfully. 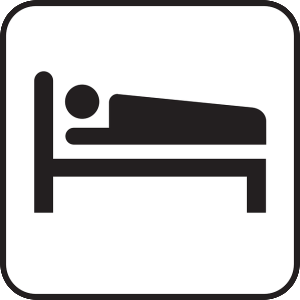 Sleep apnea is a serious, sometimes life-shortening condition. With Sleep Apnea you stop breathing multiple times per hour or have disturbances in your sleep due to decreases in oxygen in the blood. This leads to daytime drowsiness as a hallmark of the disorder. Imagine someone poking you every 2 minutes throughout the night. You wouldn’t feel very rested the next day. That’s what a severe case of sleep apnea is like. Each time the throat (airway) narrows or closes, the brain sends an alarm to wake the person enough to tighten the throat muscles and take a “panic” breath. This can be heard as snoring, gasps, snorts, startles, etc. by a bedpartner.

One study in the sleep literature looked at untreated sleep apnea and risks of an automobile wreck from the sleepiness related to apnea. (J Clin Sleep Med. 2009 Dec 15; 5(6): 573–581.Obstructive Sleep Apnea and Risk of Motor Vehicle Crash: Systematic Review and Meta-Analysis).

It reported that your risk of having a car wreck if you have untreated sleep apnea is between 1.2X to 4.89X more than a non- apneic driver. Don’t take the chance of falling asleep while driving.

If you have a family member who snores, gasps, chokes, etc. during sleep, they have a high probability of having sleep apnea. Encourage them to have a sleep study and get treated. Fatal car accidents are just one of the risk factors of untreated apnea. Treatment typically begins with a CPAP breathing mask. If the patient cannot tolerate it, or doesn’t want to use it there are custom oral appliances (similar to night guards) that are FDA approved to treat sleep apnea. Dentists trained and experienced in treating sleep apnea work with your physician or sleep doctor to insure your appliance is treating your apnea effectively.

Find the right treatment and get the sound sleep you need to be safe, healthy and enjoy life to the fullest.