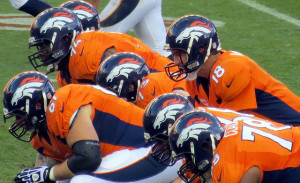 If you suffer from Sleep Apnea, your body is not getting the restorative rest it needs for optimal physical and mental performance. Whether you are training for a Boulder triathlon or marathon, or just want to shave time off of your Saturday morning run, science says more sleep is a key.

High level athletes train vigorously and long. They eat well and work on mental aspects of performance enhancement hoping to gain an edge in their field of competition. Finishing 1st vs 3rd can be fractions of a second, small percentages in consistency, or reaction times.

More sleep for many athletes has proven to give just that edge.

In recent years, the Stanford University’s Center for Sleep Sciences and Medicine has evaluated the performance enhancement by extending athletes sleep time has a measurable performance enhancing effect across several sports. Optimal sleep was reported to be a positive factor in reaching peak performance.

Athletes were asked to extend their baseline sleep time for 5-7 weeks, sleeping as much as possible, with a goal of 10 hours per night. Although not many met that goal, their sleep time was increased and so was their performance in areas of; improved sprint times, 9% improvement in free throw percentages, and improved reaction times.

Even if you are not trying to “walk on” with the Denver Broncos, everyone has goals they are trying to accomplish each day. Sleep Apnea has significant effects on cognitive function as well as physical ability. If you are experiencing the symptoms of Sleep Apnea, get evaluated and know for certain.

How sleep boosts performance will be discussed in my next post…in the meantime, catch up on your sleep.